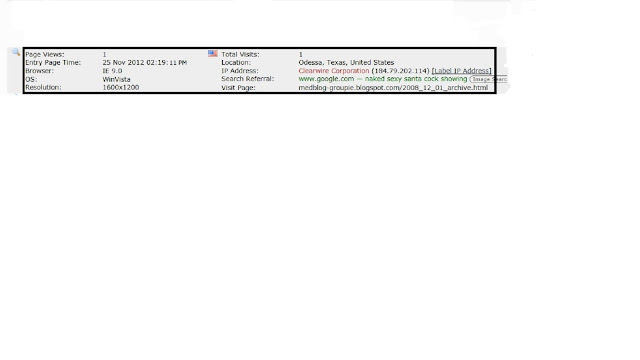 It’s a major holiday, so time for a new blog post.
A while back, some blogging ER docs went to an ER doctor convention in Denver. Sounds like it would be a lot of fun, huh? Drunken tweets, NSFW pics, etc. So I monitored their tweets. Oh so many boring tweets—hundreds, maybe thousands or even millions of boring tweets. blah blah blah factor VIIas 10k for a 70kg pt blah blah blah 124k STEMI pts w CABG capability did cath then CABG 3%, without very rare. CABG grps blah blah blah 1,228 acute scrotii showed +creamasteric reflex w dxd torsion kids: can have asymptotic bacteruria and have a viral illnesses blah blah blah use a bougie after ett fail 1 and LMA after fail 2, cric if LMA fail, then BINGO a picture!:

ive blogging ER docs.  Can you identify the two calendar docs?
Y’all have a Happy Thanksgiving.

*I know I need a photo credit, but I don't know who took the picture.  I was gonna say GruntDoc, but he's in the picture.  So, to spice up this story, let's just say that the five blogging ER docs hired a hooker to take this picture of them.
Posted by Medblog Addict at 11/22/2012 08:00:00 AM 5 comments:

Normally, I don't talk about my dreams. I think dreams are boring to everyone except the person who had the dream.  However, I'm making an exception tonight and telling everyone about the dream I had last night.  One, because the dream was about a medblogger, and two, because it is just damn freaky. Maybe it would make more sense if I had spent the night reading medblogs, but all I did last night was watch Leave it to Beaver.

I am a boarder in this beautiful house.  The house is bright and sunny.  My room is gorgeous, filled with fresh flowers. Everything is white.  I wake up and smell cigar smoke.  I go across the hall, and TBTAM is sitting in a rocking chair smoking a cigar.

The Bunnies are Back


I just realized that I blog like I go to church -- only on major holidays.  But the best part of having my blog is posting the bunny cartoon every Easter.  These bunnies never fail to make me smile. 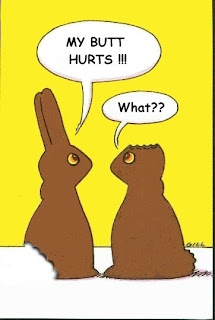 I have to start blogging more.  I don't even recognize Blogger anymore.  I'm just going to type, push "Publish" and hope for the best.