It's the weekend, so you know what that means. More timekillers! 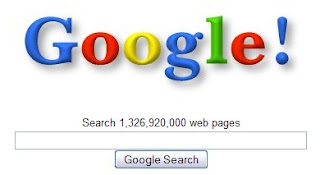 Being the curious person that I am, I googled GruntDoc and came up with this from January 2, 2001:

We have a "problem patient", and I'm looking to the list members who have dealt with this to enlighten me on moral, ethical, and preferably EMTALA-approved ways to deal with this patient. Basically, this patient is a homeless person with a serious alcohol problem. He's taken to using the ED as a Rescue Shelter, sleeping in the department until seen for his complaint (2 or 3 times a day); sack lunches from compassionate staff; and, as a kicker, sleeping on, or just across from, hospital grounds. When confronted that it's a 'no sleeping zone', he brilliantly says "I need to go to the ER", necessitating a trip back to us, and not going either away or to jail. Per our EMTALA gurus, anyone on "hospital grounds" can get a MSE by asking for one, and our MSE's are defined as a physician evaluation. He refuses the Shelter, as they have rules and kick out patrons who continue to drink, and he's not interested in sobriety.

So, those of you who have constructively dealt with this issue, how did you do it?

(reprinted with GruntDoc's permission, of course)

The funny/sad thing is, it seems like after eight years, nothing has changed; this e-mail looks like it was lifted straight from an October 2008 ER medblog.

Google 2001 was okay fun, but the Wayback Machine is more fun. They describe themselves as “a service that allows people to visit archived versions of Web sites. ... Imagine surfing circa 1999 and looking at all the Y2K hype, or revisiting an older version of your favorite Web site. The Internet Archive Wayback Machine can make all of this possible.”

For me, the Wayback Machine has been hit and miss, but I’ve found some old medblog posts that aren’t on the “regular” Internet anymore. So when I’m missing the good ole day of medblogs, when I could read an ER blog and ask myself, "how long does the blade of a knife have to be in order to puncture a lung and large airways?", I’ll go back and read some classic TrenchDoc. (This is where you'll see the original Calendar Docs. No, I didn't steal the idea, I'm borrowing it until TrenchDoc comes back.)

[Special note to Seaspray--I know you've had your hands full lately, so I put together some TrenchDoc links just for you. No Red Velvet Cake or Throckmortons, but you can read about Pride, Pirates, and Peetie. And there's more classic TrenchDoc here, here, here, and here.]

When I want a giggle, I’ll read what the doc at intueri has to say about penises. This isn’t available anymore on her blog, but you can find it on the Wayback Machine.

This is definitely something I need. I seem to always be e-mailing crap I wish I could take back. Google has come up with something called Mail Goggles.

Here’s what the Google guy says about Mail Goggles. “Sometimes I send messages I shouldn't send. Like the time I told that girl I had a crush on her over text message. Or the time I sent that late night email to my ex-girlfriend that we should get back together. Gmail can't always prevent you from sending messages you might later regret, but today we're launching a new Labs feature I wrote called Mail Goggles which may help." 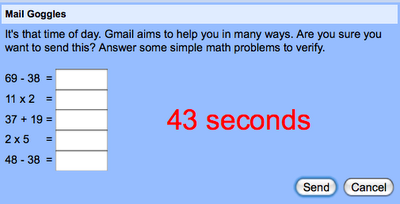 "When you enable Mail Goggles, it will check that you're really sure you want to send that late night Friday email. And what better way to check than by making you solve a few simple math problems after you click send to verify you're in the right state of mind?”

The Google guy says Mail Goggles is only active late night on the weekend because that’s the time you're most likely to need it. I have to admit, that's when I do most of my drunken e-mailing.

Finally, I don’t know about y’all, but Google kinda creeps me out. I know that the Google guy reads my e-mail and keeps track of my searches. I'll be e-mailing my sweetie about dinner and, suddenly, I'm getting ads for Kissing 101 and pizza. Google knows everything. If you don’t believe me, go here.

Ah we all miss TrenchDoc don't we? He was the best. I wonder how he is doing and what he is doing.

Get out and get some exercise. You would think after a week in front of a computer you would be sick of it.

Hi -- Thanks for the blast from the past (that never quite goes away) and the heads up on Goggle. *That* is a brilliant idea -- except for the late-night restriction. I do my stupidest in the bright light of day.

Since you seem to have a special psychic connection with Google, please do whatever it is that you do so as to insure that GOOG shares go skyhigh on Thursday after their earnings announcement. Okay? Thank you very much.

MbA..thanks for thinking of me.I'm getting all sentimental about Trenchie and wish he'd post again.
I will have fun rereading these and catching up on ones I missed. Thanx!:)

Things are looking up..or so it seems at the moment. So much to still do though.

This was a great idea. leave it to you to find another gadget. :)