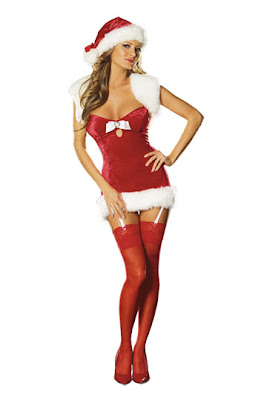 On the twelfth day of Christmas, your true love gave to you, twelve drummers drummin.’ What are you going to call your band now?

There actually is a band called Twelve Drummers Drumming. It's a hideous German synth-pop band. Besides, my true love knows I would prefer guitars. Or even kazoos.

When I was in an emergency room getting my toe stitched up after breaking a glass-top patio table. The nurse was a very cool Gulf-War vet. We got to talking, and he said, "You're pretty smart! You should be a nurse!" and I said, "Okeydoke, sounds like a plan!" And then six months later I was in nursing school. My mom was thrilled: she's a nurse and a nursing educator.

The best part? Sticking people with needles. (You think I'm joking?) Actually, I love having the knowledge about how to make people feel better or make them not die, at least. I love leaving at the end of the night being able to say, "I did this and this and this today, and you know what? I did a good job." The worst part? The fatigue and burned-out feelings. Like after three 12-hour shifts in a row, my compassion muscle is just about worn out. It's like, "The next person who asks me for a pillow is going to get my foot up their ass. Oh, I'm sorry you're so sick. Uh, that's why you're in the hospital, jerkie!" (Please note that these are things I think--not say. Ok, well, maybe I say them under my breath.)

Yep, two. I was a musician/bartender type person for a long time, and I worked in publishing for a while too. I used to have an assistant and an office. Sometimes I miss having a door I can close...but then I remember the high stress level and the teeny tiny paycheck and I get over it.

HA! I remember that story. I actually saw it on a bulletin board at nursing school; it was in an "anecdotes" column in a nursing magazine. I've never had a patient eat KY jelly, but you'd be astounded at the ways people misuse things. Once a patient's relative came out of the GYN room where her cousin was and asked me for more glycerin swabs to moisten her hyperdramatic cousin's dry lips. I was confused, because we don't usually have glycerin swabs in the ED; they're more of a "floor" type item. I asked to see the ones she was using and she pulled out one of our STD culture tubes--it's a plastic test tube thing with some gel that acts as a culture medium in the bottom; there's a long cotton swab attached to the screw top. You swab something with the Q-tip thingy and then put it in the medium and close the cap. I was kind of horrified. I really hoped she had been using new ones out of the cabinet; occasionally a doc will leave a specimen on the counter and then forget to come back for it.

Yes, but mostly they're homeless or prisoners, so it's not super flattering. One story is here: Once, as a student nurse, I was taking care of a young man who was a prisoner; he was in for a hernia surgery or something. I noticed that he was drawing on a pad, and I said (in my innocent student nurse way), "Hey, do you like to draw? Can I see your art?" Dumb move. The first picture was of a flower. Then I turned the page and the next page was of a woman with a large caboose being penetrated by a very large veiny wingwang, which matched the one that was now poking out of the sheets. I was like, "Oh, uh, thanks..." I guess prison guys have to draw their own porn.

At some point in nursing school during some seminar about "The Future of Nursing" or some such.

Those sonic mouse-deterrent things. The mice were like, What is THAT? for about six minutes. Then they were back in full force. Out came the old-fashioned snap traps. No more mice.

I would love to be invisible. Actually, that's not true. I would love to speak a lot of languages--call me Polyglot Girl! I often wish that I could carry around an idiomatic knowledge of five languages at a time in my head--but I could swap them out as necessary. I could only have five at a time, but I would have the ability to speak any language at all! I know, weird superpower. But useful.

I walked around with poop smeared on my hip and didn't notice until it was dry. I kept smelling poop but couldn't figure out where it was coming from, until a tech said, "What's that on your---IS THAT POOP?!?" in front of like seven hundred people. They called me Shit Scrubs for a week.

Hm. I like a lot of foods, but I'm not a fan of cooked green leafy veggies. I hate broccoli, and if I HAVE to eat it, it HAS to be raw. Not a fan of spinach either. And I don't do organ meats. Wait, that's not true. I love a good pork terrine, and that has organs and snouts and tails and lips and all sorts of junk in it.

I don't know...I know I've complained about other nurses on my blog. But I think that there's SO much other stuff to bitch about that we just haven't got around to each other yet!

I cannot abide selfishness and non-team-playerness. I do lunch reliefs when I first come in, and some people consistently come back so late from their breaks that either I don't get a break, or I can't relieve the person whose area I'm taking later on time. Sometimes I do afternoon breaks, and occasionally I'm the only one there, so everyone can only get 15 minutes. Except that there are two nurses (the kind that eat their young) who say, "Fifteen minutes? I'm taking a half-hour!" and they never come back, and then some other people don't get their afternoon break. That's just totally selfish and mean.

Believe it or not, I've NEVER been to an ED Christmas party! We have these huge blowouts, but for the last three years I've always been either working or unable to go for whatever reason. This year they're not having one because of the "economy." I have heard some crazy stories, too...people falling down, being found in closets, forgetting to be aware of their various body parts, etc etc. Maybe someday I'll go to one. I had a great time at the residents' graduation dinner/dance, but since parents are there, there's a lot less debauchery.

d. holiday television show - Any of those classic claymation ones. I love that little dentist elf dude, Herbie!

You do know that the 12 Days of Christmas are Dec. 26-Jan 6th, right? (Feast of St. Stephen through the Feast of Epiphany a.k.a. Three Kings Day)

I read about that when I was looking up the lyrics. I don't have a lot of time to devote to my blog, so my goal was just to get them all posted before Christmas 2009!

Thanks for stopping by.